NVIDIA has significantly re-engineered the Graphics Processing Clusters (GPCs) of the silicon to lack RT cores and tensor cores. The chip’s hierarchy is similar to other “Turing” GPUs. The GigaThread Engine and L2 cache are town-square for the GPU, which bind three GPCs with the chip’s PCI-Express 3.0 x16 host and 192-bit GDDR5 memory interfaces. Each GPC has four indivisible TPCs (Texture Processing Cluster) that share a Polymoph Engine between two streaming multiprocessors (SM). Each Turing SM packs 64 CUDA cores, and thus, we end up with 128 CUDA cores per TPC, 512 per GPC, and 1,536 across the silicon. On the GTX 1660, there are 22 out of 24 SMs (or 11 out of 12 TPCs) enabled, which results in 1,408 CUDA cores. This is still more than the 1,280 of the GTX 1060 6 GB, and one has to also consider the increased IPC of the “Turing” architecture. 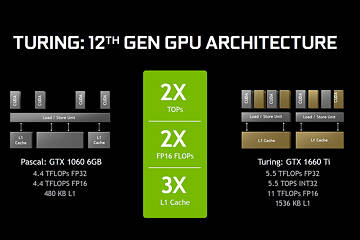 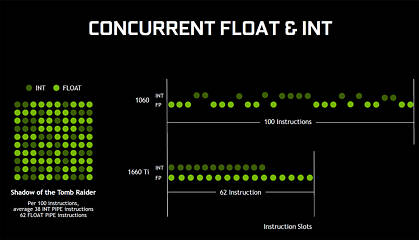 Unlike other Turing GPUs, TU116 does not feature acceleration for RTX real-time raytracing or DLSS because parts of it eats up a significant part of the die area on other GPUs which keeps the cost significantly higher. This makes the result with our overall gaming benchmarks at 1080p slightly lower than that of the GTX 1070. Compared to the GTX 1660 Ti, you do have to sacrifice a few settings to reach 60 FPS but will definitely save you some cash while doing so.

The removal of ray-tracing and DLSS on the GTX level may seem like a big deal, especially after NVIDIA promoted these technologies. While both of these are promising, they aren’t really important at this point considering the market’s perspective on where every cent counts. As much as there is a very small market on games with ray-tracing, this card specificially targets those who are comfortable with 1080p at 60FPS and are more competitive.

You can buy Palit GeForce GTX 1660 StormX 6.0 GB  for the price P10,950 at  PCHub E-Sports Gaming Authority ensuring the card’s strong position for the budget-minded buyers giving it a good place as the successor for the GTX 1060. This offers better performance and efficiency at a similar price point.

https://youtu.be/i4pp0C1UwJw The vivo V25 series, which debuted in the Philippines in September, helped the company maintain its...

Cybersecurity often takes precedence over any other component of a business that makes use of a computer and a public internet connection....

In the past 2 years, Intel has been criticized on their product development and supply which gave rise to their competition since they were...